Ten years ago, if asked to pick a single image to represent the state of globalization, we likely would have chosen the shipping container. The standardized containers—all eight feet wide—can quickly be moved from trucks to massive cargo ships and back to trucks and trains, facilitating the immense growth in global trade that occurred between 1980 and 2006 and the extension of supply chains across oceans and continents.

But trade growth has been essentially flat since the Great Recession. Has globalization stumbled?

In a series of conversations with experts and global leaders about the state of globalization today, we heard about a growing level of connectedness above and beyond trade numbers. Some of the characteristics of this new connectedness include the digitization of information flows, the extension of access to more and more regions, and declining centralization in organizational and social structures. 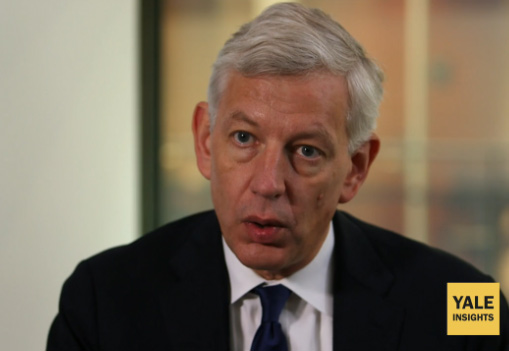 Dominic Barton, the managing partner of McKinsey & Co., told us, “I think globalization is accelerating…. With the information that’s now available, the connectedness, the computing power, the data, things just are moving at a faster pace, so you have less time and organization to react to issues. We’re also more linked, if you will, so a problem in some part of the world quickly ricochets across the system.”

David Bach, senior associate dean for executive MBA and global programs at Yale SOM, said, “For a long time, when we talked about globalization it was really some of the large emerging markets from Asia becoming connected into the global economy…. [Today] there are hardly any parts of the world that aren't connected and that aren't plugged in.”

The changing shape of globalization requires a new iconic image. One obvious choice would be the smartphone. Held in one hand, any one of the more than 2 billion smartphones in circulation can connect its user to a global marketplace and a limitless forum.

According to McKinsey & Co., the total amount of cross-border data flow increased by 45 times between 2005 and 2014. And the kind of information traveling along the internet’s foundational cables has shifted with the growth of social media and video and photo sharing capabilities. People can now peek directly into the experiences of peers in other countries, whether that means video of a political street protest or a picture of a banh mi lunch from a Hanoi street cart. They can also connect directly—or at least in ways that sidestep traditional hierarchies and gatekeepers—with companies, governments, and NGOs.

Bach pointed out that this form of peer-to-peer connectedness has given a new edge to the challenge of stakeholder conflict faced by companies operating in diverse markets. He pointed to the criticism IKEA received in its home country of Sweden when it produced catalogs in Saudi Arabia that omitted women. “It isn't enough to think global and act local,” said Bach. “You have to think global, act local, but then also think about how acting locally is going to affect you somewhere else. So you're constantly moving back and forth between local and global.”

In 2015, many more smartphones were sold in developing countries than in the established economies of Western Europe and North America. Over the last decade, areas in Africa, Asia, and South America that never saw fixed phone lines got access to cellular networks, opening up potential for innovations like mobile banking and public health applications. With connectedness reaching more and more of the world’s population, economic growth is coming from more regions of the world.

Honeywell CEO David Cote pointed out that the share of global GDP coming from the U.S. and other developed countries has been declining, with more coming from emerging markets. He said, “The big change is occurring in what we call ‘high-growth regions,’” which were roughly a quarter of global GDP in 1990 and are expected to approach half of the world economy by 2030. “That’s a trend that I think any big U.S. company cannot afford to miss.”

Dominic Barton argued that an increasing portion of global trade in coming decades will be so-called “South-South trade”—or trade among emerging economies.  He also foresees more of the world’s great companies emerging from India, China, and Africa: “We’re going to learn a lot, actually, from the emerging-market multinationals.”

But the fact that people and companies around the world are more connected doesn’t mean that cultures or economic systems are converging on a uniform model. The reason why stakeholder management is a potential tripwire for IKEA, in Bach’s example, is that cultural expectations and values differ so much between the Arabian Peninsula and the Scandinavian Peninsula.

After the phrase “the world is flat” was used by Thomas Friedman as the title for his 2005 book about globalization, it became a shorthand for the effect of globalization. But what the phrase misses is all the variation between economies—whether driven by culture, government, or other factors—that any global business will have to negotiate. In this respect, the world is mountainous. In this issue, we look at four countries with very different economic and political terrains.

In the Democratic Republic of Congo, the mountains are literal. Eastern Congo has immense stocks of potential wealth in the form of mineral reserves. But with undeveloped infrastructure, political instability, and frequent violence, the region remains one of the poorest in the world. While multinational mining companies are working to establish a foothold in the region, many residents dig for minerals by hand and carry their hauls out of the mountains on their backs. The heavily forested mountains are also the kind of place where a brutal warlord can hide from international peacekeepers. A photo essay by Richard Mosse will take you from the rickety port of Goma, along the dirt and mud roads of North Kivu, and into the pathless mountains occupied by the warlord Ntabo Ntaberi Sheka and his men. 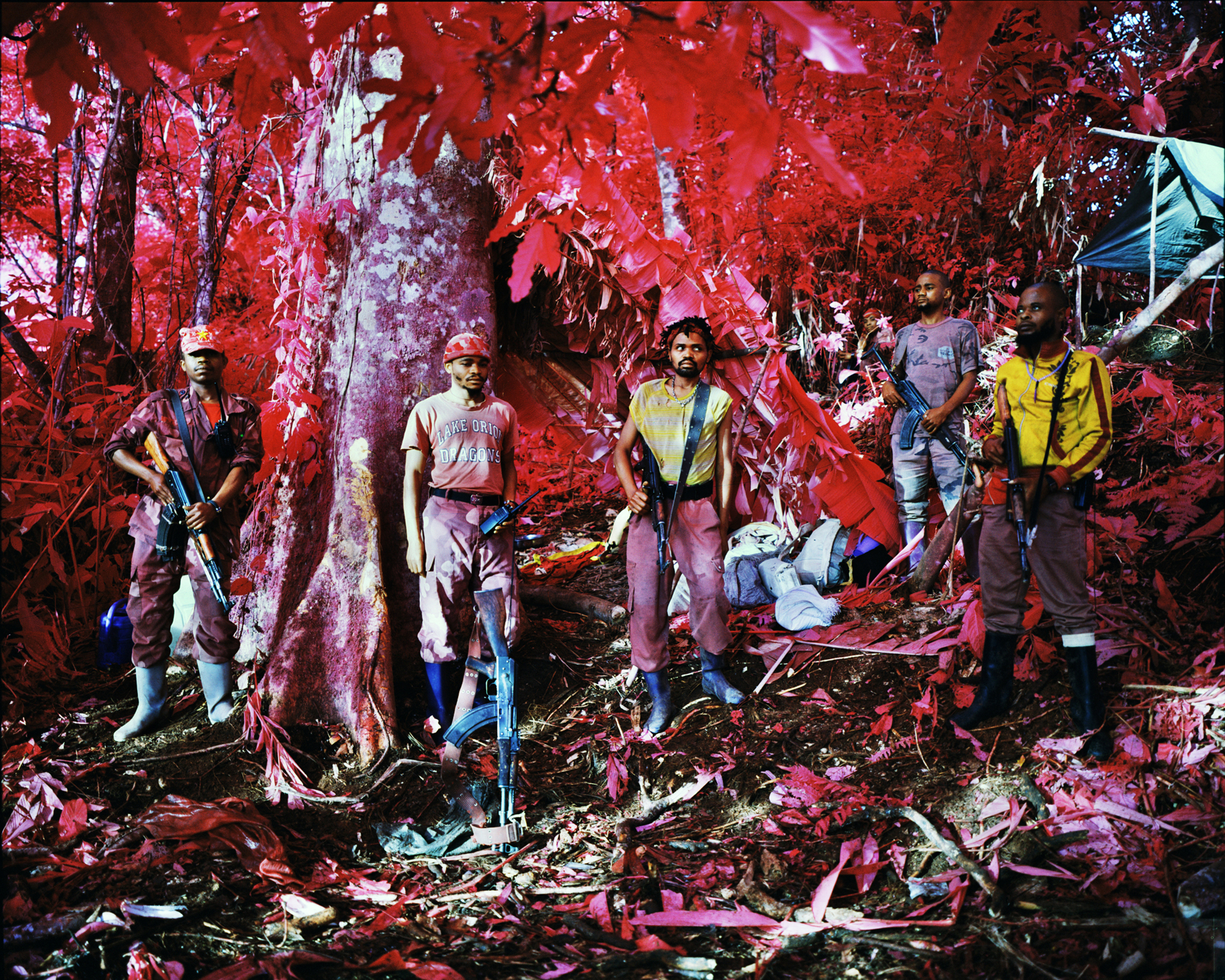 In South Korea, by contrast, government investment in digital infrastructure has created one of the most digitally connected countries in the world. The government is also in the midst of a push to become an important exporter of entertainment content to the rest of the world. K-pop, it turns out, is an extension of the industrialization policy that made South Korea, and its champion companies like Samsung and Hyundai, one of the great economic success stories of the last century. Can it work for pop music and soap operas?

The transition from planned economy to market economy in Russia has sometimes resulted in a near institutional vacuum. We spoke with an entrepreneur in Russia about how he’s navigated the tempestuous post-Soviet waters, while being buffeted by the variable winds of the global macroeconomy. To succeed he had to often help create the legal institutions and cultural understanding that would make his business possible.

We also spoke with Arthur Mizne, CEO of Brazilian hedge fund M Square Global Investimentos, about the capital markets in Brazil and whether they are likely to be shaken by the political upheaval in that country. The world has been watching Brazil, not only because of the upcoming Olympics, but also because, as one of the BRICS countries, it has been a major target of investment. Amidst the recent cycle of political scandal followed by protest and crisis, Mizne said, Brazil’s markets rest on a foundation of strong regulatory structure and high transparency. As Mizne pointed out, even as the global rush to invest in emerging markets ebbs, capital continues to flow into Brazil. 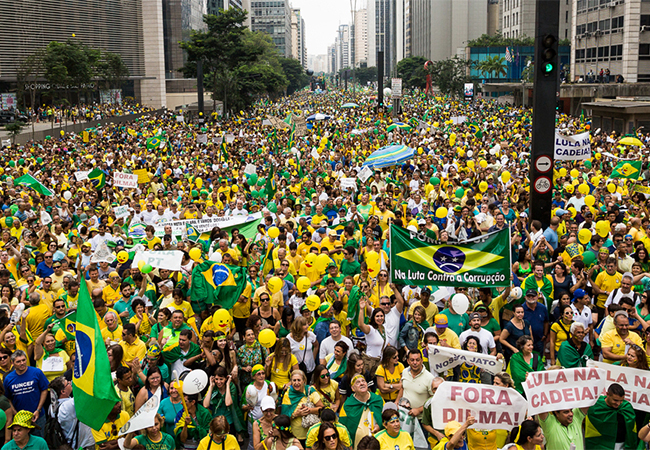 Any meaningful understanding of globalization today has to encompass these four divergent stories and many thousands more. How can leaders and organizations keep up? 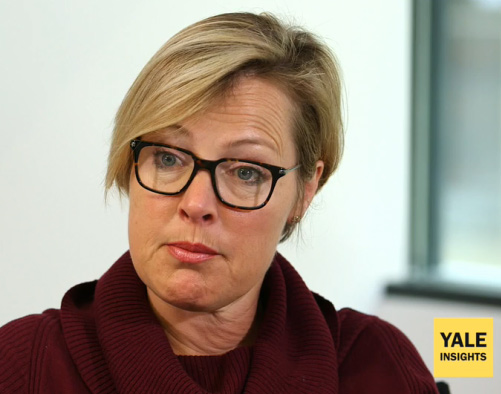 Gillian Tett, U.S. managing editor of the Financial Times, argued that the dynamics of globalization actually push organizations toward “silo-izing,” as they focus on efficiency of operations and developing deep expertise around technical subjects. Within companies that span borders, she said, “there can actually be as much disconnection as there is actual connectivity.” She said that companies need to look at their own cultures and recognize where the silos are.

Rajeev Dubey ’82, president of human resources for Mahindra & Mahindra, guides just such an effort to build a connected culture. He spoke about how the company’s framework for leadership has changed as it shifted from an industrial-age “command and control organization” to something more flexible. The company expects leaders to facilitate effective teamwork by asking the right questions, collaboratively developing answers, and recognizing that the answer can change. This requires more than technical expertise. “There is an active recognition of the fact that management is both science and art,” Dubey said. “Management is as much about the left brain of logic, rationality, reason, as it is about intuition, empathy, connection.”

Not surprisingly, this sort of global thinking puts new demands on top leaders and their teams. “I think it’s very difficult to be a global leader if you haven’t lived in different parts of the world,” said Dominic Barton. “You have to pick people with different types of characteristics: open-minded but also tough… who can deal with volatility but are also ambitious about what they’re trying to drive; very good at people development.” In short: “A global firm has to be global in its leadership.”

David Bach sees an opportunity for connected and effective global organizations to learn from the variations they find in different markets by adapting and innovating. “Having diverse teams, having diverse voices, really opening yourself up, connecting—those things, I think, are going to be incredibly important as you navigate this challenging terrain. And the companies that do it well are going to thrive, even in this complicated environment.”

Thanks for signing up
Inbox
Department: Feature
Topics:

What to read next in Global Business