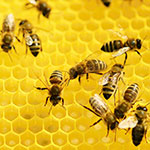 This virtual conference on October 22–24, 2020, is for sharing insights, findings, theories, applications, and tools regarding ZI and MI agents in economics, finance, business, psychology, sociology, politics, humanities, computer science, AI, and machine learning, among other fields.

We, as individuals, often fail to choose the best course of action. One way of addressing social consequences of such behavior is to study the faults in human intuition and deliberation and to attempt to fix the problem at the apparent root of individual behavior. An alternative, easier, and more fruitful approach to the problem may be to consider how social institutions can help us achieve relatively efficient outcomes despite the limitations of our cognitive capabilities. Throughout history, humans have devised social mechanisms—norms, laws, and institutions—to help minimize the effect of individual shortfalls on social outcomes. In economics, the price or market system of private goods is one of these mechanisms.

People acquire information not only when they seek it, but also from just existing in the world—e.g., noticing a pothole while driving home and remembering to avoid it in the future. In the price system, bits of information that people have influence their actions. Markets can aggregate this dispersed information from the participants in form of prices, and disseminate it through prices among all the participants. For example, bits of information in possession of millions of coffee growers about the weather conditions and the size of their forthcoming crop are combined in the marketplace with the information coffee drinkers have about their own tastes and willingness to pay to determine the market clearing price of coffee. In a well-functioning market, this price is Pareto optimal—i.e., such that no farmer or coffee consumer can be made better off by a different price without making someone else worse off. In other words, rational order can emerge from interaction among individuals, each possessing limited cognition and only small bits of information about the total picture.

At first glance, the creation of a rational order may not appear to be a major challenge. It should be straightforward to gather relevant information in one place, such as human or computer memory, and use it to arrive at a decision before implementing it to attain a rational outcome. However, each step in achieving a rational order faces serious obstacles. First, as Hayek points out, when information is widely dispersed, there is no good way of reliably sharing it with others—especially with a central authority—because distortions occur from people anticipating and fearing that the information provided will be used to harm them. (Also, finding competent but benign central planners who can be trusted not to use their privileged position to make self-serving decisions is difficult.) Second, as Simon (1957) and Gigerenzer (2000) point out, when guided by intuition alone, individual behavior often deviates from a rational standard in important ways. Simon suggested that we are boundedly rational; instead of solving for the optimal solution, most of us iteratively conjecture a course of action until the results are close enough to our goal, and then stop searching further. Gigerenzer and his colleagues have identified a large portfolio of “fast and frugal” heuristics—rules of thumb—we use in our daily lives to quickly obtain acceptably efficient solutions to our day-to-day problems.

Derivation of a rational order from assuming rational individual behavior (e.g., in optimization-based mathematical models) can fail to predict individual actions, and yet predict aggregate system-level outcomes well. For economists interested in market or economy-level outcomes, such models are an economical tool for gaining understanding and making predictions.

Social norms such as marriage, education, and market exchanges are examples of continuing evolution through which macro order emerges from individual activities. Properties of aggregate level social outcomes resulting from interaction among individual-goal oriented actions can be surprisingly different. Scholars of the Scottish Enlightenment recognized this phenomenon, as reflected in the words of Ferguson (1767) (“…the result of human action, but not the execution of any human design…”) and Adam Smith (1776) (“…he intends only his own gain, and he is in this, as in many other cases, led by an invisible hand to promote an end which was not part of his intention.”). Indeed, the image of the “invisible hand” of markets has become a dominant metaphor for how beneficial social outcomes can emerge even when individual actors are self-interested.

Recent studies of price systems take us another step by further weakening the need for pursuing individual gain on which Ferguson and Smith base their argument. A series of studies of price systems that I performed with Dhananjay K. Gode (1993, 1997) find that even with extremely weak forms of “striving” (labeled zero- or minimal-intelligence (ZI/MI) on the part of individuals), price systems can yield near perfect order—100% allocative efficiency—at the macro level. (One hundred percent allocative efficiency means that the sum of gains from trading for all market participants reaches the maximum possible level.) These simple artificial agents have become spelunkers to current and potential explorations of the properties of complex social systems such as markets, regulation, elections, hierarchies, villages, and schools. The following paragraphs briefly describe some of these findings.

Another paper I co-authored with Charles R. Plott (1982) reported the first scientific evidence for the popular “efficient markets hypothesis” from a controlled laboratory experiment in which human traders faced uncertainty and asymmetric distribution of information (some traders were informed while others were not). When traders attempted to earn money, information in the hands of the informed traders became incorporated into market phenomena observable to all traders in such a way that even the (initially) uninformed traders began to behave as if they were informed, and the market yielded efficient outcomes as if information was disseminated to all the participants throughout the experiment.

We also examined (1988) the ability of price systems to execute Hayekian aggregation of dispersed bits of information among market participants. To aggregate information (and achieve high levels of efficiency), the markets must be either complete (so traders can take positions on any possible combination of contingencies) or participants must have similar likes and dislikes. Obviously, when both conditions are fulfilled, markets aggregate diverse information more easily. We now know that markets can produce rational order from the participation of profit-motivated human traders who have randomly dispersed information. The Hayek conjecture has been shown to have support in data.

Even as we observe that certain kinds of markets can aggregate and disseminate information, we still do not understand how and why this happens while individual traders with diverse information, likes, and dislikes are all striving, howsoever imperfectly, to seek their own personal goals. Complexity theory and emergence raise questions about our ability to derive macro-level properties from formal analysis of micro-level behavior and interactions. In his analysis of methodological individualism that forms the basis of much of economics during the recent decades, Arrow (1994, p. 8) points out:

In the usual versions of economic theory…it is necessary to base all accounts of economic interaction on individual behavior…under the name of rational-actor models. …In fact, every economic model one can think of includes irreducibly social principles and concepts…social variables, not attached to particular individuals, [which] are essential in studying economy or any other social system.

Gode and I (1993) replaced human traders in a double auction market experiment with simple computer algorithms or robotic traders. When these algorithms generated uniformly distributed random numbers as bids (an offer to buy) and asks (an offer to sell) subject only to their budget constraint—do not bid a price above what the object is worth to you, and do not ask a price below the cost of the object (in other words do not propose a trade that could results in a loss)—the markets are nearly 100% efficient allocatively. In economics terms, the total of all traders’ profits achieves its maximum possible value. This rational order emerges at the aggregate (or market) level from the chaos of individual traders’ random actions when a simple no-loss constraint is imposed.

Rational order is achievable in simple price systems, even in the absence of Ferguson and Smith’s “striving” by individuals. Some three decades before Gode's and my paper (1993), Becker (1962) had shown that the downward slope of demand functions arises from random consumer choice from their budget sets, and diminishing marginal utility is not necessary. In the same year and journal, another future Nobel Laureate, Vernon L. Smith (1962), reported that a handful of profit-motivated student traders could achieve near perfect market outcomes in double auctions under far-from-perfect market conditions. Gode and Sunder had, in effect, replaced Smith’s human traders by Becker’s random choice and added Smith’s market institution to discover rationality as an aggregate-level property of social institutions (price systems in this case) largely independent of an individual’s micro-level behavior.

During the past three decades, the idea that simple or random behavior can generate complex and rational order at an aggregate level has been applied in many other contexts outside economics to fields such as other social sciences, computer science, ecology, energy networks, and electrical engineering. Convergence to Bayesian prediction (Jamal and Sunder 1996), non-binding price controls (Gode and Sunder 2004), learning competitive equilibrium (Crockett et al. 2008), minimal market institutions (Huber, et al. 2010), monetary theory (Angerer et al. 2010), and stock markets (Farmer et al. 2005) are a few examples of this expanding research field.

Logically derived equilibrium outcomes from assuming unrealistic rationality (and cognitive ability) about individuals can be observed in markets populated by minimally intelligent algorithmic traders. Limitations of human cognition are well known, but it does not mean that rational social order derived by ignoring such limitations are necessarily wrong. Social outcomes depend not only on individual behavior, but also on the structural properties of the institutions that define their interactions. The fundamental lessons of complexity theory and emergence apply to social science just as they do to natural science.

How does the price system help create a rational order in spite of the imperfections and limitations of “irrational” individuals who participate in it? To quote Hayek:

Civilization advances by extending the number of important operations which we can perform without thinking about them. This is of profound significance in the social field. We make constant use of formulas, symbols, and rules whose meaning we do not understand and through the use of which we avail ourselves of the assistance of knowledge which individually we do not possess. We have developed these practices and institutions by building upon habits and institutions which have proved successful in their own sphere and which have in turn became the foundation of the civilization we have built up. (1945, para 25).

Rational order can arise without rational decisions. Design can emerge without a designer.

Prepared from remarks delivered at Humboldt-Kreis on Physics and Decisions, Berlin, December 4-6, 2019. I thank the participants, especially Shabnam Mousavi and Christian Schade for their helpful comments, and Elizabeth Viloudaki for copy editing.

What to read next in Markets